The second post-war period sees Brazilian literature in transformation, a reflection of the transformation of an entire society. The dictatorship of G. Vargas gives way to the constitutional government of General Dutra, closely linked to the politics of the United States at the time of the “cold war”; it outlaws the Communist Party (1946) by canceling the mandates of its elected representatives in parliament, including the writer J. Amado who takes the path of exile. The poet C. Drummond de Andrade, who during Brazil’s participation in the conflict had taken over the direction of the communist newspaper Tribuna popular, distances himself from any political participation and falls back on a pessimistic individualism, which will be the characteristic of the last phase of his poetry (Fazendeiro do ar, 1954; Boitempo, 1970). After all, the new generation does not want to know about engagement, denies the populism of the Thirties and focuses on an anguished metaphysical meditation, strongly influenced by existentialism, or on formal researches of exhausted musicality that give rise to a sort of tropical hermeticism and, in a certain sense, mark a return of the lyric Brazilian to its Symbolist origins. It is the so-called “generation of 1945” that denies the colloquial and satirical flow of modemism, its naive enthusiasm for the big city and for mechanized life, returning to the confrontation with nature and subjective or religious themes, and often also restoring metrics traditional according to the European examples of Valéry and Rilke, or the Portuguese of the Presença group. This generation presents some poets of considerable moral intensity and stylistic refinement, such as JP Moreira da Fonseca, M. Konder Reis, D. Damasceno, all three born in 1922, D. Carvalho da Silva (born in Portugal in 1915 but Brazilianized from adolescence). The group, which extends to all the states of the Brazil, expresses itself through magazines such as Orpheu, Revista branca (Rio de Janeiro), Revista brasileira de poesia (S. Paulo) and also carries out an intense critical activity: one of its major representatives, L. Ivo (1924), is in fact also an excellent commentator on literary current events and a strong polemicist. The new course brings to light poets who during modernism had remained in the background, such as E. Braga (1897), influenced by Ungaretti and Pessoa, J. de Lima (1895-1953) who in its last phase presents his masterpiece, the vast poem Invenção de Orpheu, and C. Ricardo (1895-1973) who in a series of singular books – Um dia depois do outro, 1947; Poemas murais, 1950; Russian Montanha, 1960 – approaches the themes of atomic civilization and space research with pathetic irony, carrying out a strenuous metric and linguistic experimentation. But the most important figure of post-war poetry remains J. Cabral de Melo Neto, Pernambucano born in 1920, who finds his dry and peremptory form, between the popular ballad and the clearest classicism, in evoking the desolate regions of the North, the sun beating down on a miserable humanity, deriving from it a stoic and virile philosophy based on the dignity of toil and patience. With Morte e vida Severina (1960) Cabral also attempts the theater, in the wake of the autos ancient, reconstructing the miserable existence of a peasant as if it were the life of a saint. In Cabral, the social and revolutionary commitment that reappears also in other poets (E. Carrera Guerra, 1916-1957; M. Félix, born in 1921; Ferreira Gullar, born in 1930) as the political tension worsened in Brazil, with the return to power of Vargas and his suicide, the social democratic government of Kubitschek, the foundation of Brasilia, the castrism of J. Goulart. But the aforementioned authors have also been partially influenced by “concretism”, a movement founded in St. Paul by the brothers A. and H. de Campos, which tends towards a poetry of pure signs, essentially visual, and which dominates the taste of the sixties. To this technique of Poetry – praxis and headed by M. Chamie born in 1922. Naturally the great poets of the older generation continue to produce, and it is precisely in the last phase of their life that C. Meireles, AF Schmidt and M. Mendes – the latter having moved in Italy since 1957 – present some of their most unique and important works. The three died respectively in 1964, 1965 and 1975.

According to Hetongdiy, the two volumes of A. Cândido ‘s Formação da literatura brasileira (1959), the research on the method of A. Coutinho, influenced by North American new criticism, attentive literary chroniclers such as E. Portela and, more recently, contribute in an eminent way to the renewal of criticism., a phalanx of young structuralists. Conversely, narrative literature experiences a period of crisis, with the fall of the regionalist and revolutionary realism of the 1930s and 1940s, which leads to a strongly internalized, lyrical and symbolic narrative, not always easily accessible and too often prey to intellectual fury and research. formal ends in themselves. However, the last phase of L. Cardoso (1913-1974), especially with Crônica da casa assassinada, the Catholic novelist C. Pena (1896-1958) with A menina morta, the diaries and stories of P. Hecker Filho, born in 1929, mark as many valid results. The now vast work of a writer, C. Lispector, born in 1917, who in the novel O luster and in delicate short stories stands out over this whole area of ​​refined spiritualistic prose relentless and meticulous recognition of the inner life of women, in a world of high intellectual bourgeoisie that is somewhat reminiscent of the atmosphere of V. Woolf.

With the Sixties we witness a new wave of storytellers, characterized by rawness and often violence, and particularly influenced by the vitalism of H. Miller, albeit with contributions from the Parisian nouveau roman. Their essential theme is city life, the civilization of consumption, the alienation of contemporary man. Some books also take on the character of protest against the involution of Brazilian politics starting from 1963, and this is also due to the worldwide success of novels such as Quarup by A. Callado (born in 1917, also a playwright) and Zero by Maurício Loyola. An obsession with sex, of psychoanalytic origin, appears in the works of H. Cony born in 1926. But undoubtedly the most worthy, and least noisy, prose writers remain O. Lins (born in 1924), of Proustian origin, and W. Autran Dourado (born in 1926), highly original evocator of atmospheres suspended between reality and nightmare, in a sort of transfiguring magic that illuminates the secret motives of human actions.

Dramatic literature has undergone considerable development, parallel to the evolution of theater as a spectacle. From the neo-expressionist dramas of N. Rodrigues, born in 1912, who was a bit the initiator of the new theater with Vestido de noiva, we move on to the brechtism of A. Boal and G. Guarnieri, well known also in Italy where the Revolução na América do Sul of the former and Gimba of the second were fully successful. Typical authors of consumer theater are, in the dramatic genre, P. Bloch, born in 1914 and, in the satirical one, A. Pereira de Almedia (1906-1974). But the highest creations of the new dramaturgy are the cyclical dramas of J. Andrade, born in 1930, which reconstruct two centuries of Brazilian history through the events of a Paulist family; to them goes the poetic and mythical theater of Pernambucano A. Suassuna, born in 1927, of popular and religious inspiration. S. Sampaio (1914-1973) with his Trilogia do herói grotesco founded a new paradoxical type of scenic humor, contributing to it with his art as a director and actor.

Finally, the last works of those who had been the masters of social realism in its golden age must be recorded. Shortly before his death, G. Ramos published his exceptional Memórias do cárcere (1953) and so did J. Lins do Rego with the novel Cangaceiros (1953) while R. de Queiroz devoted himself to the theater with Lampião, a biography of the famous North-Eastern bandit., and with A beata Maria do Egito. In turn, J. Amado with Gabriela Cravo and Canela (1958) inaugurated his new and very successful phase, founded on the picaresque mood and on the festive reconstitution of popular and bourgeois life in Bahia. Finally, it should be remembered that 1967 recorded the death of G. Rosa, whose major works, Corpo de baileand Grande sertão: veredas, both published in 1956, mark the most decisive affirmation of Brazilian literature in Europe, for the complexity of their philosophical themes and for the ingenious richness of the linguistic fabric, which aroused the interest of translators and critics in France, Germany, Italy and Spain, countries where G. Rosa’s influence was also recorded on some young storytellers. 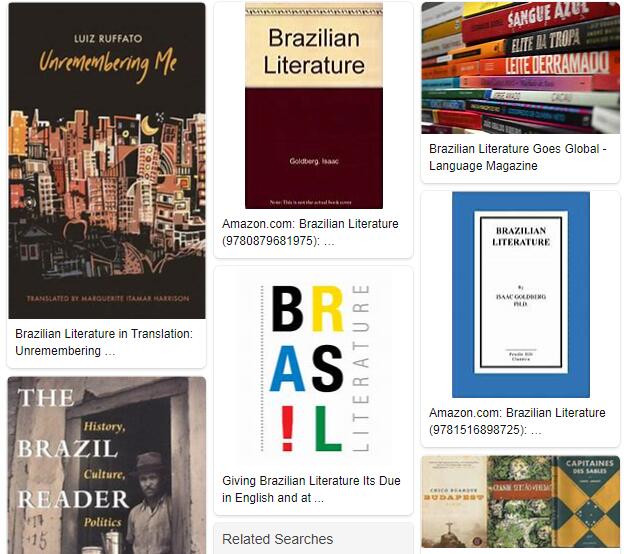