More than 300,000 children have been forced to flee their homes in Syria to neighboring Jordan. And although the goal is a safer life, many children grow up in poverty with traumatic memories of the war. The pressured situation has also forced many girls into child marriage. Plan International works to enable children to get through their difficult experiences, have the opportunity to go to school and grow up in security.

For the Syrian children who have had to flee the war, the risk of missing school is often a major problem. Four out of ten Syrian school-age children who have been forced to flee to countries in the region do not go to school. Without the opportunity for education, the conditions for being able to create a good life in the future decrease. Most Syrian children under the age of five do not have access to a preschool where they can play, learn new things and get ready for school. Plan International has therefore started a number of preschools so that young children have the opportunity to learn and develop in a safe place.

When children are forced to flee, and may lose family members, much of their security is shattered. The risk increases that they will be subjected to abuse and exploitation, and in this situation girls are extra vulnerable. One in three Syrian girls who fled to Jordan are forced to marry. They are often subjected to regular sexual abuse and are forced to become pregnant and give birth while they themselves are children. There is also a lack of access to good information and health services. A large proportion of girls are also exposed to physical violence. Violence is generally underreported in Jordan, especially among girls because they are expected to remain silent and maintain their family’s honor. 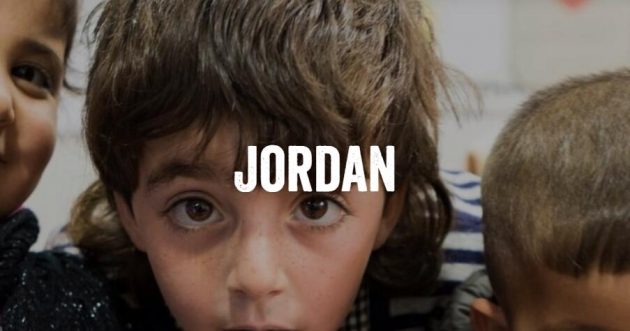 We also work to prevent children from being subjected to violence or being forced into child marriage or child labor. We create safe places where children can come and just be children for a while. There, the children are also offered support to deal with difficult experiences they have gone through. We also direct information efforts to parents where we tell about the risks involved in letting the children work or forcing them to get married.

For young people living in Jordan, we make sure that they learn different professional skills to get a job more easily and have few better opportunities to be able to create their own future.

Nadir, four years old, is one of those forced to flee war-torn Syria. Abuse, child labor, inequality and the fact that children are not given the opportunity to go to school are major problems for the refugees. The outside world has struggled to meet the needs.

Plan International is based in Jordan and we focus on the biggest problems of inequality and violence against children. By focusing on the most vulnerable children, especially girls, among refugees and in the communities where people flee, we are where we are needed and can make the most difference. 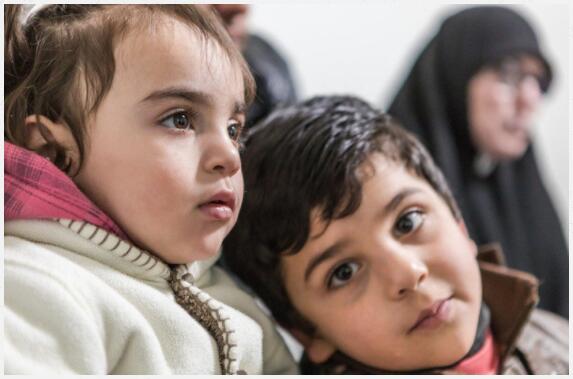 Plan International is on site at the Azraq refugee camp in eastern Amman, Jordan. We talked to some of the girls who live there, about their hopes and future dreams.

We lived as prisoners in Aleppo, Syria. My mother did not let me or my brothers go out, not even to school. I never saw my friends. We came here about a year ago. Although the circumstances here are difficult, I feel safe in the camp. I have made friends, and it feels wonderful to go to school with them, to do homework and play with our phones. I dream of becoming a math teacher because I love numbers.

I dream of becoming an astronomer or astronaut. In Syria, I never really noticed the stars. I used to watch action movies in the evenings. When my family moved to the desert camp, I had nothing to do at night. We had no electricity at first, so I just sat outside and stared at the stars. They shine so brightly here! The Milky Way and the planets began to fascinate me. I want to be the first Syrian woman on the moon.

I only went to school for two years in Syria, and I have not learned to write yet. But in the Azraq refugee camp, I started school again. I got to use a computer for the first time and fell in love. You can learn anything with computers! I dream of becoming a computer expert who can teach others.

I dream of sleeping with a big red teddy bear, I would also like to meet my grandmother. I have not seen her in a very long time. 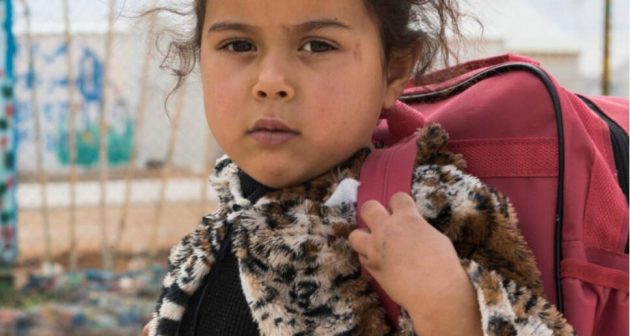