In Niger, half the population is under the age of 15 and many cannot read or write. The country also has the highest proportion of child marriages in the world – 76 percent of all girls are married before their eighteenth birthday.

Niger, located in West Africa, held its first democratic elections in 1993, but the whole of the 1990s was marked by political chaos. Although a democratic institution is in place today, it still runs counter to fundamental democratic values.

The country is economically dependent on agriculture which is unpredictable due to population growth, fluctuating food prices and climate change. About 2.5 million people lack access to food and 42 percent of children are chronically malnourished. In addition, access to healthcare and education is low. 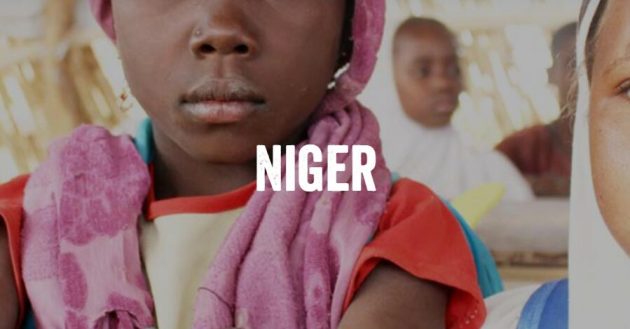 In recent years, the Islamist terrorist movement Boko Haram has forced more than 2.2 million people in the countries around Lake Chad – Niger, Nigeria and Cameroon – to flee. Half of these are children and girls are particularly vulnerable to the violence of the terrorist group.

In a study conducted by Plan International in the region, teenage girls living in the areas where the terrorist group is present talk about how they are exposed to serious violence. The abuse often takes place in the home and the perpetrator is often a family member.

Several of the interviewees also say that the protracted crisis has led to them being forced into prostitution in exchange for necessities such as food, money, clothes or school supplies. Because there is a great stigma surrounding sexual violence, in some cases girls are also forced to marry men who have raped them. You can read the study in its entirety here .

We are fighting to eradicate child marriage

Plan International works to eradicate child marriage and promote gender equality in Niger. Our work focuses on issues that affect the most vulnerable, we focus especially on girls and children with disabilities.

In order for girls and young women to live free from violence and threats, Plan International establishes child-safe places where trained staff can provide psychosocial support and offer leisure activities to children in the conflict-affected areas. Here, the girls can also meet others in the same situation and share their experiences.

We also work to offer healthcare to people who otherwise do not have access to it and support children so that they can go to school.

Plan International has been working for children’s rights and equal opportunities for girls in Niger since 1998.

I’ve been happy all along since I came here. Here I can play games, sing and learn lots of new things.

14-year-old Soueba has a physical disability that affects her mobility. She was forced to flee Nigeria to Niger when the village she lived in was attacked by militant groups. Girls with disabilities face an extra high risk of exclusion and discrimination in crisis situations. Plan International has set up child-friendly places in the village where Soueba lives. She started coming here after her mother heard about the place at one of Plan International’s meetings.

A healthy start in life

We prioritize communities that are difficult to reach to reduce maternal and child mortality.

In a remote village, about 160 km from Niger’s capital, Myriam struggles to protect her twins from the strong rays of the sun. There are about 127,000 people in the area who have been forced to flee their homes. The families have survived violence, but suffer from food and water shortages that cause hunger and malnutrition. Plan International has therefore set up 15 mobile healthcare stations where certified doctors – including Kouku – offer health examinations.

I stand up for my sisters

At Plan International’s child-friendly place, cheers are heard when 17-year-old Luwum ​​shows up. He has decided to devote his free time to supporting all the children affected by the terrorist group Boko Haram.

The children flock around Luwum, sing and show off their train of toy cars in the sand. Soon it will be a desert race. The Diffa region of Niger has been hit hard by violent attacks by the terrorist group Boko Haram, while many people are fleeing here from Nigeria who are also affected. The children play near their parents or other adults and with every unforeseen movement they are ready to flee, to hide. Among these children, almost all have seen brutal murders of family members. They have memories of men pulling away their siblings or parents and know they never came back. However, finding a teenage boy in the middle of the kids is unusual. 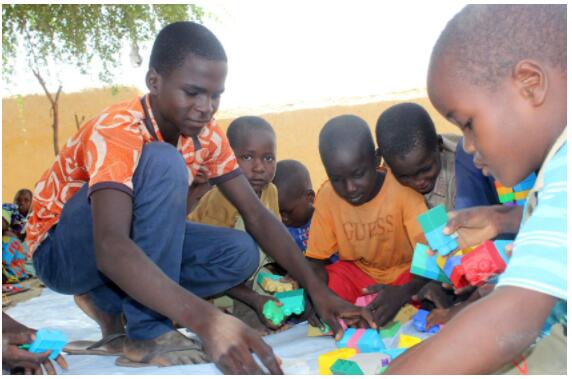 – I am a volunteer for Plan International’s mobile unit and sit on a child protection committee. We help identify which children need support and together with social workers and others we work to increase knowledge about children’s health and protection, says Luwum.

Luwum ​​is part of a larger program that Plan International runs around Lake Chad, an area hard hit by Boko Haram. Luwum ​​and the other children in the child protection committee identify which children seem to be anxious, ill or otherwise in need of support. He himself was forced to flee Boko Haram as a 14-year-old. For Luwum, this meant, among other things, that he was forced to leave school.

– There are no schools here and many of these children have never seen a teacher or been to a school. I had wanted to continue going to school, but now I am too old, he says.

When Luwum ​​talks to girls, he always tries to tell them how important it is to say no to marriage. He also talks to his friends about standing up for their sisters and explaining to their fathers how dangerous it is to marry off young daughters. With the boys, he focuses on encouraging them not to fight but instead to be tolerant and kind to each other.

– Many girls at the age of 14 should have gone to one of our safe places for children, but they have become mothers. Therefore, they are instead on the adults’ courses in how to take care of children, says Duwum.