One question that kept me busy for a long time was that of accommodation. Host family or dorm?

I then decided on dormitory, the University Village. The University Village (UV) is really nicely laid out, has a pool, is right on the edge of the campus (unfortunately the business building is at the other end of the campus, you can walk there for a good 20 minutes), the food there is also very good (the Chefs are all Mexicans, which means that there is a lot of Mexican food). A disaster, however, is the office or its occupation. The people there are very nice, but unfortunately incredibly disorganized and chaotic, so that even the simplest inquiries pose the greatest problems. But with a little Californian serenity you can do it all.

Also, not too many Americans live in the dormitory as it is populated by many internationals. So if you would like to live with an American, you should perhaps move to the dorms on campus. There you have larger flat shares than in the UV, but there are also Americans with you.

As an economics student, I was only in Mihaylo Hall, a fairly new building, very nicely built, well equipped rooms, earthquake-proof (I checked myself …).
The whole campus is very nicely laid out, incredibly large (bike is a good investment), huge sports grounds, good fitness studio with sports halls, just as you would imagine a university in the USA.

I only got two of the courses I had selected in advance. As a result, I had to chase two courses. Crashing means that you go to the individual lecture, ask the professor whether he still has free places and whether he would like to include you in the course. Unfortunately, as an international, you are the very last one in the ranking. First there are the US students who have already enrolled electronically, then the US students who want to come in, then the hardship cases that absolutely need the course and then the internationals. You can crash courses during the first two weeks, ie if you don’t get the courses you want right away, which is usually the case, you just have to run from course to course until you have found courses in which the professor is still there has free places. The whole thing is really no fun and is extremely annoying. But if you are a little lucky and persistent, you have a good chance of getting the courses you want in the end. Check liuxers to see more reviews from current students.

As a tip: Make as large a list as possible of the courses you want to take, because getting four out of four courses is about as likely as three months of rain in the summer in California (and I didn’t have a day of rain in the summer;)) . You should also use the two weeks you have for chashing, because in the second week in particular there are often more places available because people leave the courses after the first week.

For a long time I didn’t even look around for a semester abroad in the USA because I didn’t think it was affordable. And it’s extremely expensive fun indeed. If you somehow want to do the whole thing without a rich parent or a lot of saved money, you get a real chance with Auslandsbafög. On the one hand, you can also get foreign student loans if you don’t get a normal student loan because your parents earn too much or something like that; on the other hand, you get a lot of student loans very quickly. The tuition fees are covered in full in any case, you get a € 1000 flat flight allowance and then monthly payments. So, even if all of this seems very expensive and time-consuming, it’s worth it! Without any doubt!

That California is beautiful is not entirely unknown. But I didn’t expect to spend 5 months there so incredibly great.
Fullerton itself is not exactly a metropolis, but it has everything you need. In the vicinity of the university there are all the important fast food stores, shops, etc. Only when it comes to nightlife, Fullerton is unfortunately not that well positioned. Downtwon Fullerton has a lot of bars and small clubs, but unfortunately there is no real big disco. The second disadvantage is that, like everywhere in the USA, you don’t get very far without a car. For example, it takes 2 hours to get to the next beach by bus, less than 30 minutes by car. Unfortunately, I didn’t have any during my time there, but I had a lot of fun and seen a lot. So it works without it, but nevertheless it makes a lot of things easier. If you don’t have a car, you can certainly rent one for a reasonable price, the basic price is $ 25, sometimes there are also weekend specials.

And you should really have a car at the weekend because there is an incredible amount to see around Fullerton!

All the beautiful beaches and beach towns like Newport, Huntington, Laguna Beach (my favorite) or the parts of LA that are by the sea like Santa Monica or Venice and Palos Verdes.
Of course LA itself with everything you know! Be sure to check out the bar “The Standart”, located in the middle of downtown LA on the roof of a high-rise in the middle of the skyline. Simply brilliant at night! My favorite place in LA!

Otherwise, of course, all the other cities in CA such as beautiful San Francisco, San Diego (for divers or snorkelers: definitely to La Jolla !!) then Grand Canyon and Las Vegas! There is so much to see and experience that you can hardly do it even in the 5 Montane!

In addition, you can get very cheap from LAX (if you book early even really cheap;)) to Hawaii. Good tip for the Thanksgiving break!

Whether Fullerton or another university, make sure that you come to California, because all in all it is simply fantastic to study there!

For those who have already decided: 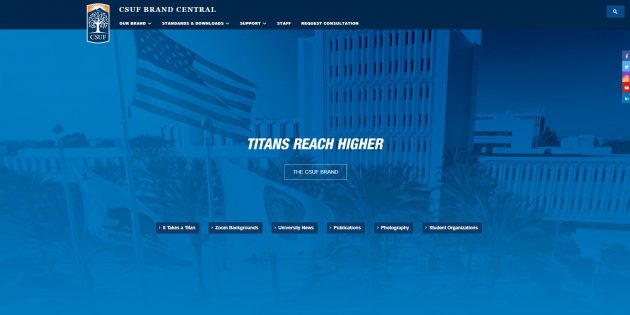